Every year, around the fifteenth of February, the heart of lovers is starting to beat faster. Nowadays, Valentine\'s Day is the day where romance is celebrated but what are the origins of the day?

Every year, around the fifteenth of February, the heart of lovers is starting to beat faster. Nowadays, Valentine\'s Day is the day where romance is celebrated but what are the origins of the day ?

Let\'s have a look on the reason why the offering of a romantic gift such as lingerie, has become an essential tradition.

The origins of Valentine\'s Day

It\'s difficult to determine the origins precisely but it seems the Lupercales are at the base. This Roman purification feast took place between the thirteenth and the fifteenth of February and included both some strange and violent traditionnal features, such as laughing out loud and running through the streets of Rome and sacrificing. But it was also an occasion of sharing with others. This explains why the offering of gifts has nowadays become a tradition.

The link to lovers

In Ancient Rome, the tension between the army and the aristocracy was palpable. In order to relieve the tension, the Pope Gelasius decided in 494 to ban the Lupercales however popular they were and replace them by a religious feast celebrating Saint Valentine, the Saint of lovers.

The move doesn\'t seem obvious but was in fact very strategic! Indeed, the Pope wanted to send a strong message satisfying the army, by depriving the aristocracy of one of it\'s feasts and, at the same time, please the population by constraining the army.

The choice of a Saint should not be left to chance.

Saint Valentine was self evident. He had, all his life, struggled for the union between men and women, banned by the army. Thus, the message from the church was extremely clear: religion is an agent of peace, it protects the population from the army\'s control and appeases the traditionalist part of the army by preventing decay. The fourteenth of February was chosen and so Valentine\'s Day, promoted by the church, became one of the greatest celebrations of the year.

So, at it\'s origins, a feast based on sharing associated with the celebration of the Saint of lovers, has become a moment where, every fourteenth of February, lovers exchange romantic gifts.

As from the fourteenth century, a new tradition appeared in England! At that time, it was a custom in the English aristocracy to bring a couple together for the day. As a consequence, the couple had shared obligations. In particular, they had to give each others gifts and adopt a chivalrous conduct.

But all this had to be done secretely and that is why Valentine\'s Day is so romantic. It goes without saying that gifts, at that time were, not as sexy as today and, in no way, a set of lingerie was on the list. The attentions were more discrete but, for the time, rather explicit romantically speaking.

As times went by, the tradition evolved and from the seventeenth century and onwards, the custom spread widely in the Anglo-American world. In the USA, Valentine\'s Day was rapidly adopted in it\'s present form. 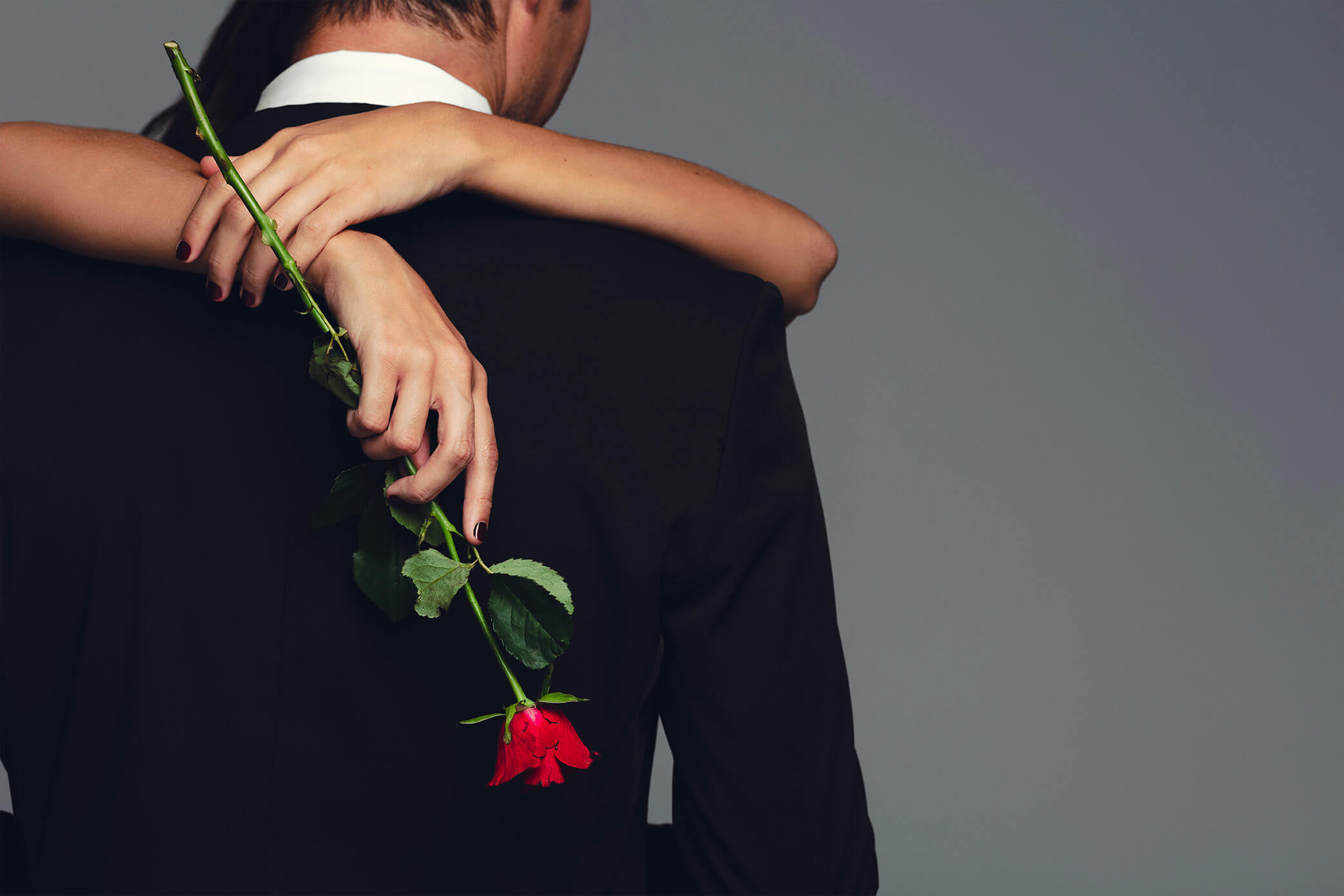 For centuries the tradition didn\'t change

The American soldiers positioned in Europe during the Second World War rapidly fell in love with European girls. To seduce them and show their commitment they took advantage of a very popular celebration in their country: Valentine\'s Day.

The contemporary storyline of Saint Valentine was born and is ongoing

It is now all couples\' and lovers\' day where they want to prouve their attachment to each other. Attachment symbolised by a loving attention.

Lingerie is an ideal gift for Valentine\'s Day. It is romantic and shows the loving attention of the giver. And is undoubtedly a proof of flaming love. It is not a temporary but long lasting sign of engagement.