History of the corset: between finesse and seduction

Discover the evolution of the corset, a piece of lingerie sometimes nobility, sometimes seductive ...

The corset appeared at the Spanish court in the 16th century and was made essential by Catherine de Medici1. Mainly a woman\'s undergarment, it first sculpted the bodies of the nobility before becoming an object of fascination and fetish.

The slim waist at all costs

Throughout history and across all cultures, women and men have sought to enhance their bodies. Make-up, jewellery, elegant clothes or sexy lingerie fill the wardrobes and attract the eyes. Among the pieces that have crossed the ages, the corset is certainly one of the most historic.

Derived from the masculine and military world, the corset has a real armour structure, composed of four main elements: the coutil, a thick cotton fabric; the busk, a wide blade of wood, metal, ivory or bone, which gives the front of the corset its perfect rigidity; the whalebones, made of real whalebone until the middle of the 19th century; and finally the eyelet lacing.

The corset, the height of elegance at balls or official ceremonies, was embroidered with flowers and gold, trimmed with fine lace, and fulfilled its role as a waist cincher to perfection.

The corset, ancestor of sexy lingerie

An exceptional piece of corsetry, the corset was, until the 19th century, a chic piece of underwear highly prized by women of all social classes. Designers and corset makers reinvented this underwear by lengthening it on the hips, shortening it under the breasts, tightening it on the waist then loosening it.

The corset often changed shape, sometimes differing from one decade to the next, following the evolution of fashion. The half-cup corset appeared in 1860, its short shape inspired certain Luxxa models, such as the Balance half-cup bustier. The cut that has most marked the collective imagination is the "hourglass" cut, which appeared in the second half of the 19th century. Marking the waist while enhancing the bust, its heritage can be found in our Réglisse half-cup bustier model. The bustier itself was created in 1950 to satisfy the desire for a slim waist under high-waisted skirts.

The corset had many periods of glory and then abandonment between the 18th and 20th centuries. Sometimes considered as a symbol of femininity, sometimes as a synonym of oppression.

Aesthetic but extremely restrictive for the female body, the corset was attacked from both sides in favour of freedom of movement. It was the craze for dancing, such as the tango or the foxtrot, that signalled the decline of the corset in 1920. Thereafter, women continued to seek to refine their figure, but this time with the help of elastic girdles.

By the end of the 20th century, the real corset had regained its credentials among a select audience. Moving away from its sculpting function, it has evolved into a chic undergarment, a sexy piece with an aesthetic purpose. On the catwalk or in the privacy of the boudoir, this iconic and seductive undergarment continues to fuel the most daring fantasies. 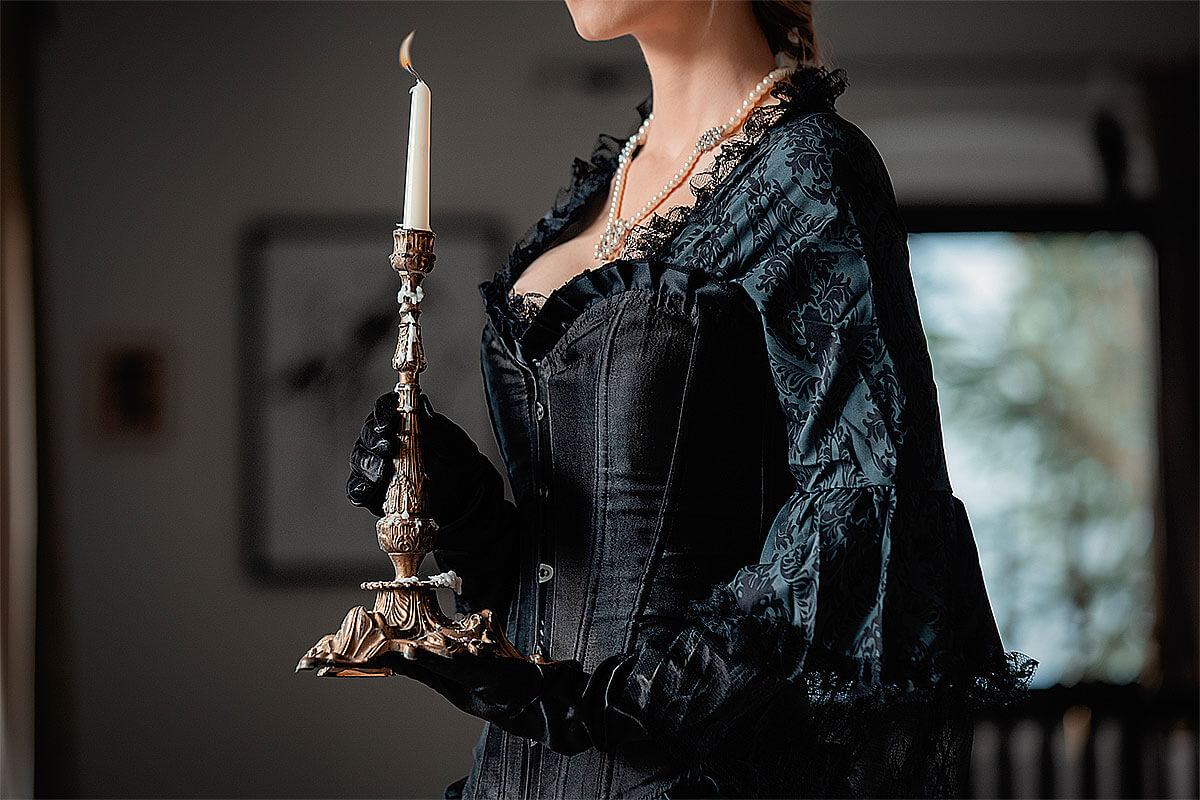